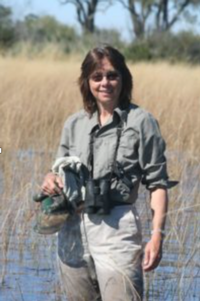 Canadian Representative to Council
Evelyn Merrill, Ph.D., CWB
Evie currently is on the Faculty in the Department of Biological Sciences at the University of Alberta. She received her M.Sc. at the University of Idaho and her Ph.D. at the University of Washington. Her current area of research addresses mechanisms of animal behaviour in predator-prey relationships and disease spread in heterogeneous environments. She is a Fellow of The Wildlife Society and was Editor-In-Chief of the Journal of Wildlife Management. She received William Rowan Distinguished Service Awards from the Alberta Chapter, the Dedicated Service Award from The Wildlife Society, and the Wildlife Researcher Award from the Rocky Mountain Elk Foundation. Her hobbies include travelling, gardening, horseback riding and entertaining her grandkids. 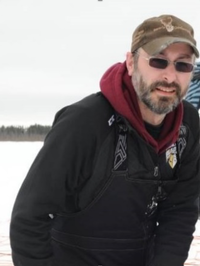 Dennis Brannen is a Caribou Biologist with the Wildlife and Fisheries Branch of Manitoba Agriculture and Resource Development. Much of his work focuses on policy, management and monitoring of caribou populations in Manitoba. Currently, Dennis is leading Manitoba in the development of boreal caribou range plans. Dennis graduated from Acadia University with an M.Sc. (Biology) degree in Wildlife Ecology in 2004. Over the past fifteen years, Dennis has worked on many different wildlife management projects with the last 12 years focused primarily on Species at Risk management. 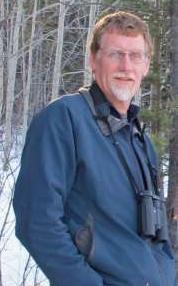 Dr. Mike Gillingham, now Professor Emeritus at the University of Northern British Columbia, has broad interests in population and wildlife ecology, plant-herbivore interactions, and behavioural ecology. His recent research has included understanding effects of moose and wolf distributions on woodland caribou, and studying drivers of moose declines in British Columbia. A TWS Fellow and a member of TWS since 1982, Mike has been a member of the Canadian Section and BC Chapter since their inception. He established the first Student Chapter of the Wildlife Society in BC at UNBC, and acted as Faculty advisor for 12 years. Mike is currently the Canadian Section representative to the Editorial Board of the the Wildlife Professional. 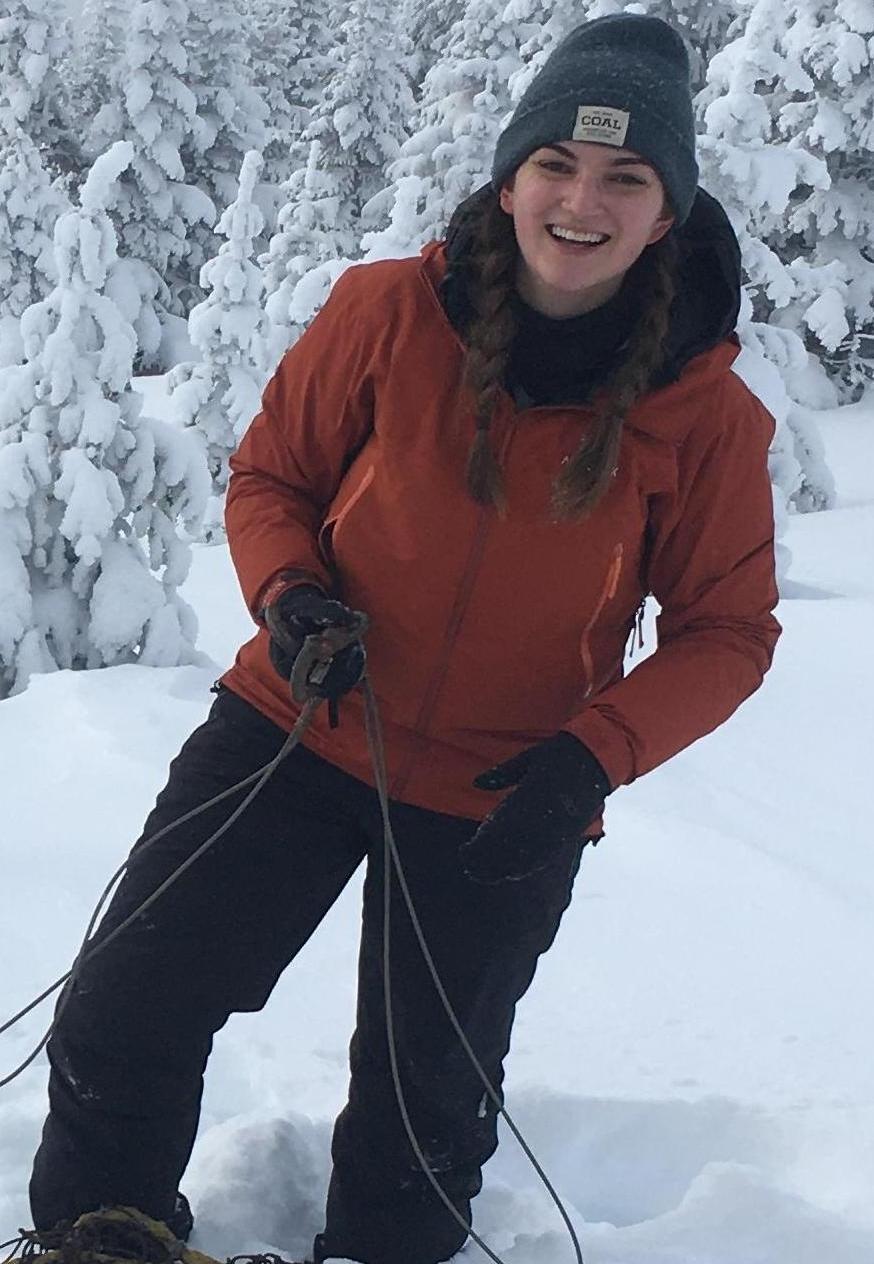 Kara MacAulay is a Wildlife Biologist with the Ministry of Forests in Prince George, BC. She received a B.Sc. in Biological Sciences from the University of Lethbridge, and an M.Sc. in Ecology from the University of Alberta. Kara has diverse experience in wildlife monitoring, research, and management from BC and Alberta on a variety of species including elk, grizzly bears, mountain goats, martens, and fishers. This is Kara's second term on the Board, previously serving as Secretary from 2020-2022.

Peter resides in Northwestern Ontario, is a former president of the Ontario Chapter of The Wildlife Society and is employed as a Management Biologist with the Ontario Ministry of Natural Resources and Forestry. Peter was previously a Wildlife Biologist in Manitoba and prepared environmental assessments and conducted field studies on wildlife species impacted by resource development projects and graduated in 2010 with a Master of Natural Resources Management degree from the University of Manitoba. Based on his thesis research on the use of sampled genetic information to estimate population size and rate of population change in woodland caribou populations, Peter published an article in the Journal of Wildlife Management (favourite journal) and has had the opportunity to present and network at conferences throughout Canada 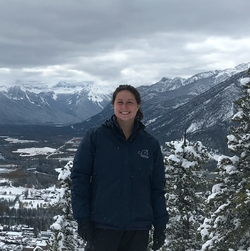 Jess currently resides in Québec and has broad interests in wildlife ecology, management, and conservation. In 2020, she completed a Master of Science Degree from the University of Manitoba. Her research focused on the ecological impacts of red fox denning on vegetation and soil characteristics in northern Manitoba. Since graduating, Jess has worked as a wildlife technician and currently works as a teacher in the Environmental and Wildlife Management program at Vanier College. She has also served on several committees, including the Manitoba Chapter of The Wildlife Society (Graduate Student Representative) and the Canadian Section of The Wildlife Society (Awards Committee Chair and Website and Newsletter Committee Co-Chair). 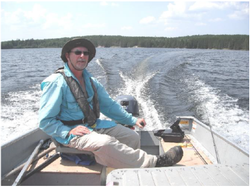 Don is a TWS Fellow and has been a member of The Wildlife Society since 1976. He has served on the executive of the Manitoba Chapter, including 2 terms as president. He continues to serve the Chapter as an advisor to the executive. He has been a member of the Canadian Section since its establishment and hosted the first AGM of the Canadian Section in Gimli Manitoba which was a joint meeting with the Central Mountains and Plains Section of TWS.  Don was the Co-chair of the Local Arrangements and Planning Committee for the TWS Annual Conference in Winnipeg. He is Co-chair of the committee for Pioneers Recognition in the Canadian Section. 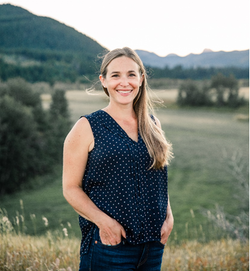 Andrea Morehouse is an independent scientist and owner of Winisk Research and Consulting. She works on a variety of conservation and management issues related to large carnivores in multi-use landscapes. She moved to Alberta in 2007 and completed both an M.Sc. and Ph.D. in ecology at the University of Alberta. Through her research, she strives to effectively engage scientists, managers, and community members to develop and implement scientifically sound and socially workable wildlife conservation and management strategies. She is a 2017 Wilburforce Fellow in Conservation Science, serves on the Nature Conservancy of Canada’s Alberta Conservation Advisory Committee, is a member of the IUCN Bear Specialist Group’s North American Bear Expert Team, is a past president of the Alberta Chapter of The Wildlife Society, and is active in other professional societies. She lives in the Pincher Creek area with her husband, two boys, and dog. 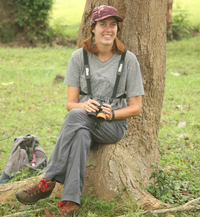 Executive Director
Karin Snyder, M.Sc.
Karin received her B.Sc. from MacEwan University in Edmonton, and her M.Sc. from York University in 2021 where she studied behavioural ecology of primates in Uganda.  Previously, she has worked in field positions with leopard and caracal in South Africa, as well as with vervet monkeys in South Africa. Karin has also been involved in various roles with the Trek for Teens for the past three years.

To receive contact information for any of the current Board members, please email :

Past Executive and Officers (2007 to Current)